Currently, countries around the world are exerting efforts to promote electric vehicles in their roads. Compared to conventional vehicles, electric vehicles are cheaper to operate. Further, due to the advancement in technology and trend in the transportation industry, the cost of ownership becoming lower and more affordable to the general public.

Another key reason is the fact that electric vehicles are more environmentally friendly than conventional vehicles. Electric vehicles do not directly produce emissions that may harm the environment. They can also benefit from the clean energy produced by renewable energy.

Currently, the use of electric vehicles is still dominated by China, France, Japan, Norway, and South Korea, most of which are developed countries. However, the trend also starts to influence many developing countries.

In this article, the author utilises data from Indonesia as a representative case for Southeast Asia. Other than having the highest energy use in the region, Indonesia also put plans to accelerate electric vehicles deployment in the country. Our first data to digest is the load curve that depicts the profile of daily electricity use in Indonesia.

Similar to other developing countries, the peak load occurs at night. This is common in countries which do not have many industries, resulting in electricity consumption mainly used for lighting and other appliances use at night.

This kind of load curve could create issues when electric vehicles entering the system through charging, especially when the charging is done at night when many transportation activities stop. This is a problem because it will further aggravate the peak load. Moreover, the potential electricity supply from solar PV, which will become more important in the future, are not readily available.

This has the potential to cause interference on the supplier side because the shape of the curve will resemble the “duck curve”, as seen in figure below. The duck curve indicates the imbalance between demand and supply, especially renewable. It also shows a significant gap between peak load and baseload. Meanwhile, the ideal curve is one that resembles a straight line. 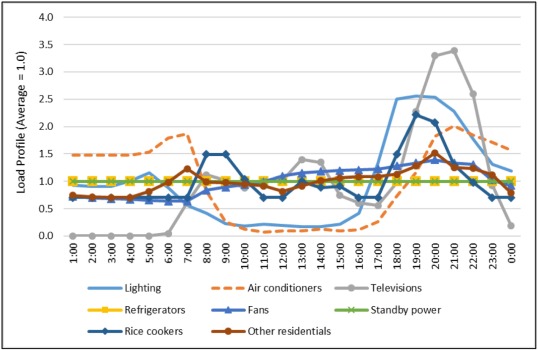 Fig 3. Load pattern in Indonesia for the household sector [2]

The existence of electric vehicles is certainly attractive to users in the household sector. However, this could lead to a bad impact. Other than issues raised above, vehicles users from the household sector are different from the public transport sector, whose charging can be controlled by a central authority. In other words, an alternate shift system can be applied.

Based on those simple analyses, there are challenges for Indonesia, and other Southeast Asian countries, in accelerating electric vehicles, even more so for the household sector. To address such challenges, their electricity systems need to be improved so as to have a better balance between electricity supply and demand.

One way to do that is to managed charging from the peak load to the base such as, Government could provide charging station in the office area; or providing an incentive for an office building that install the solar rooftop and dedicated charging station that utilise electricity from the solar rooftop.  Other than ‘filling the valley’—increasing load in normally low demand period—the source of electricity can also come from solar PV. This matching can become a perfect combination of low carbon supply and demand.

Another way is to utilise energy storage technology, which can to some extent replace dispatchable generations. Governments can also provide incentives. Incentives can be provided in two sectors, namely, the industrial sector and the household sector.

In the industrial sector, incentives can be designed to increase production during the day, so that the load curve will be more of a straight line. As for the household sector, the time-of-use price can be set up to have a cheaper price after 11 pm and more expensive price during the hours when the load curve is at its highest. i.e. 5 pm to 10 pm. By doing so, we can expect a shift of peak load, and electric vehicle can enter the system without causing unnecessary issues in the electricity system.