Its population counts to 15.7 million in 2017, accounted for 2.5% of total ASEAN population.
The garment industry is considered as the biggest source of the economy.
Oil and traditional biomass become the dominant energy sources in TPES.
Oil become the main consumption by end user in the TFEC while electricity remains low.

Cambodia population counts to 15.7 million with total GDP of around USD 22.3 billion in 2017[1]. According to the economic report by ministry of finance, garment industry is counted as the biggest sector of the economy and it acts as the largest share of the country export (70%). Cambodia still faces many challenges in terms of infrastructure and economic performance. However, in 2005, the vast domestic oil and natural gas reserves were discovered. They could significantly speed up Cambodia’s economic growth if they are entirely utilized. However, the government does not have plans for exploration in the near future due to domestic bureaucracy and technical reasons. The capital city of Cambodia is Phnom Penh. Khmer is the official language, while French and English are often used throughout the country. 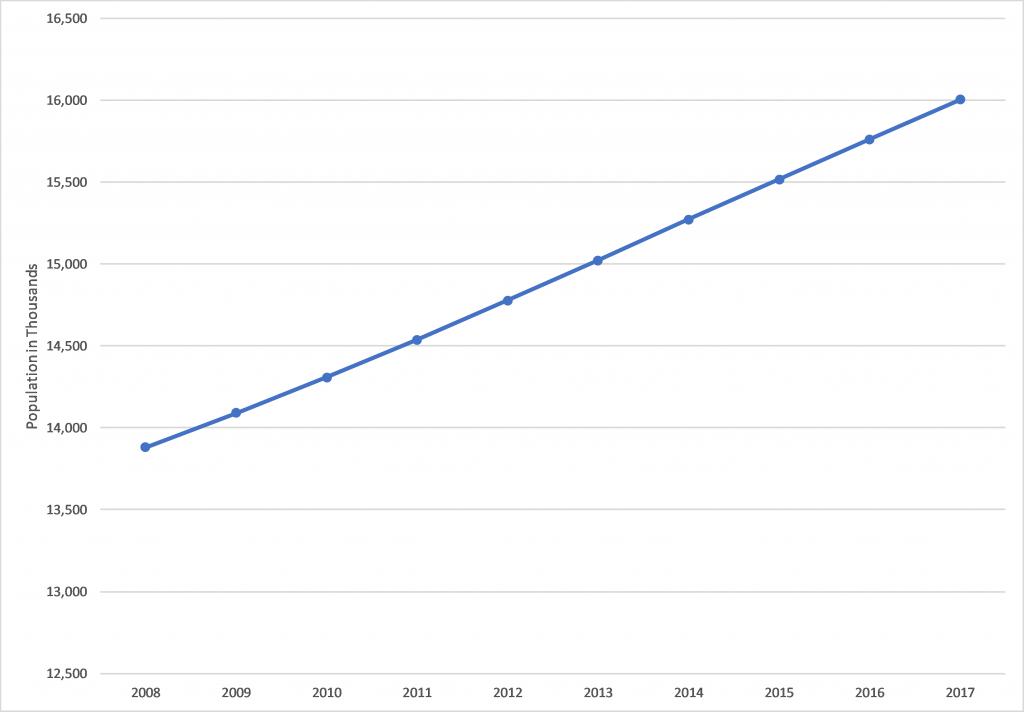 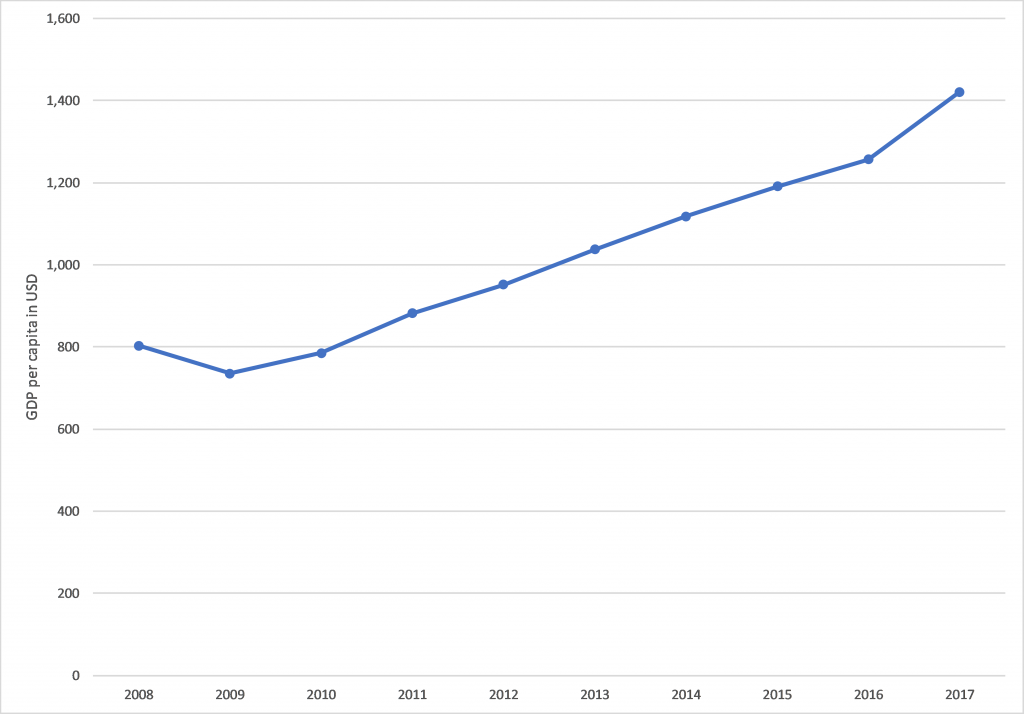 Oil and traditional biomass become the dominant energy sources in TPES. Nonetheless, coal has increased from 0.3% in 2010 to 16.1% in 2017 and contributed to the TPES of an increment for about 900 ktoe.

Oil become the main consumption by end user in the TFEC. Otherwise, electricity looks low in chart, this also indicates that the country has relatively poor electrification.

Cambodia intends to undertake actions to reduce the GHG emissions, the impact of which is expected to be a maximum reduction of 3,100 Gg CO2eq compared to baseline emissions of 11,600 Gg CO2eq by 2030.

Cambodia intends to undertake voluntary and conditional actions to achieve the target of increasing forest cover to 60% of national land area by 2030. In absence of any actions the net sequestration from LULUCF is expected to reduce to 7,897 GgCO2 in 2030 compared to projected sequestration of 18,492 GgCO2 in 2010.