It has population over 67.6 million in 2017, contributing the 10.5% of the total ASEAN population.
It also has the 2nd largest GDP and the 4th GDP per capita in ASEAN region.
Types of energy sources used in TPES of Thailand are diverse, with oil is the dominant, followed by the gas.
Oil are the main energy consumers by the end users in TFEC, followed by electricity.

Thailand is one of the ASEAN founders. With a population of over 67.6 million[1] in 2017 and the second largest GDP in Southeast Asia after Indonesia (455.7 billion USD), Thailand is an important key player in the region. In 2017, Thailand’s GDP per capita of USD 6,735 is the fourth in ASEAN region. Thailand’s economy is driven mainly by two sectors: industry and agriculture. Central of the government and business is in Bangkok, which is the capital city. Thai is the official language; however, English is gaining in importance and is widely used in business and industry nowadays.

Thailand’s population is the 4th largest in ASEAN with 67.6 million people as in 2017, contributing the 10.5% of the total ASEAN population. The population growth is expected to grow at a rate of 0.3% annually. In terms of macroeconomic indicator, Thailand’s Gross Domestic Products (GDP) per capita had experienced consistent growth since 2007, landing as the 4th in ASEAN with 6,736 USD in 2017. 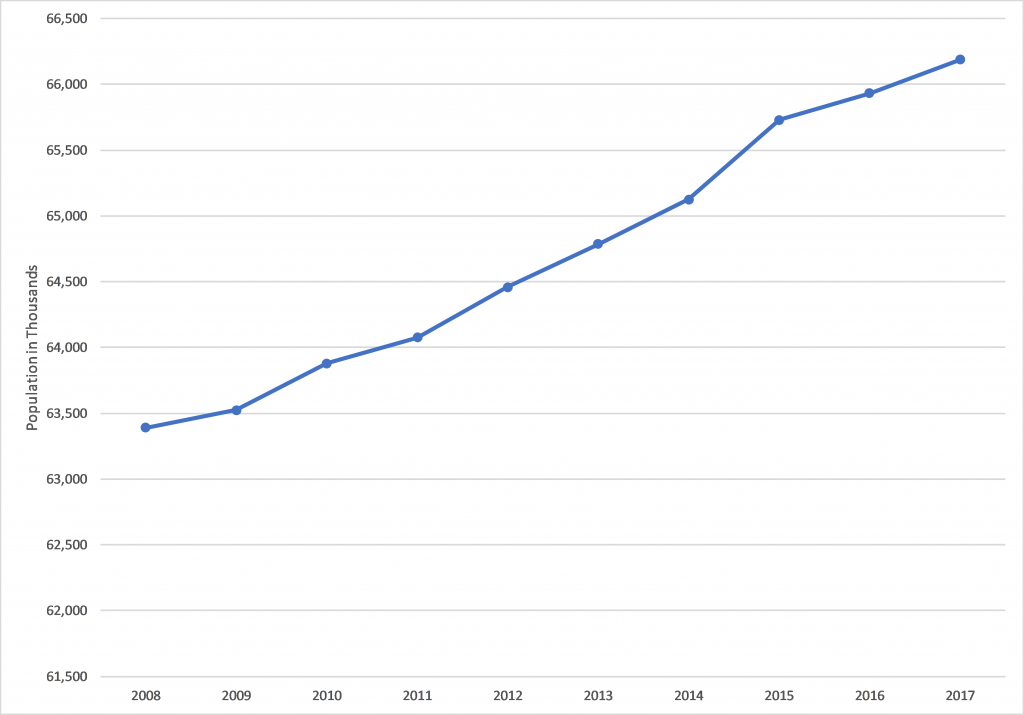 Types of energy sources used in TPES of Thailand are diverse, with oil is the dominant. This followed by the gas, which the amount has been increasing gradually since 2009. However, the consumption of coal is decreasing at a low dropping rate. These indicate that Thailand is moving towards a cleaner TPES.

Oil are the main energy consumers by the end users and followed by electricity. Otherwise, biofuel has been increasing slowly since 2007 and swoop sharply in 2015, from 0.1% to 1.2% in 2015.

Source : UNFCCC NDC Registry – Thailand
Powered By :
AEDS
DOWNLOAD THE UPDATED NDC DOWNLOAD THE PREVIOUS NDC
Thailand intends to reduce its greenhouse gas emissions by 20 percent from the projected business-as-usual (BAU) level by 2030. The level of contribution could increase up to 25 percent, subject to adequate and enhanced access to technology development and transfer, financial resources and capacity building support through a balanced and ambitious global agreement under the United Nations Framework Convention on Climate Change (UNFCCC). 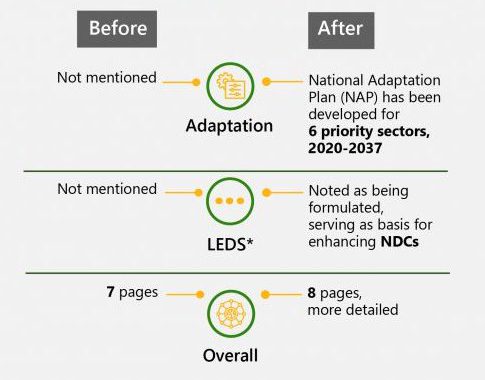