Vietnam, with over 93.67 million[1] inhabitants in 2017, is the third largest ASEAN member state by population. The majority of Vietnam’s population works in the agricultural sector. According to General Statistics Office of Vietnam, the industrial sector contributes around 40% to Vietnam’s GDP with the total GDP of USD 223.8 billion[1]. Since the late 1980s, the economy of Vietnam has been undergoing a reform – modernization and integration into the global economy. Hanoi is the capital and political centre of the country.

Vietnam is the 3rd populous country in ASEAN after the Philippines with 104.92 million people in 2017, 16.3% of total ASEAN population. Vietnam’s population is expected to grow at the rate of 1.1% annually which had been consistent for the past 10 years since 2008. In contrast with the population figure, the Gross Domestic Products (GDP) per capita of Vietnam is the 3rd lowest in ASEAN with 2,390 USD at the same level with Lao PDR’s GDP per capita. 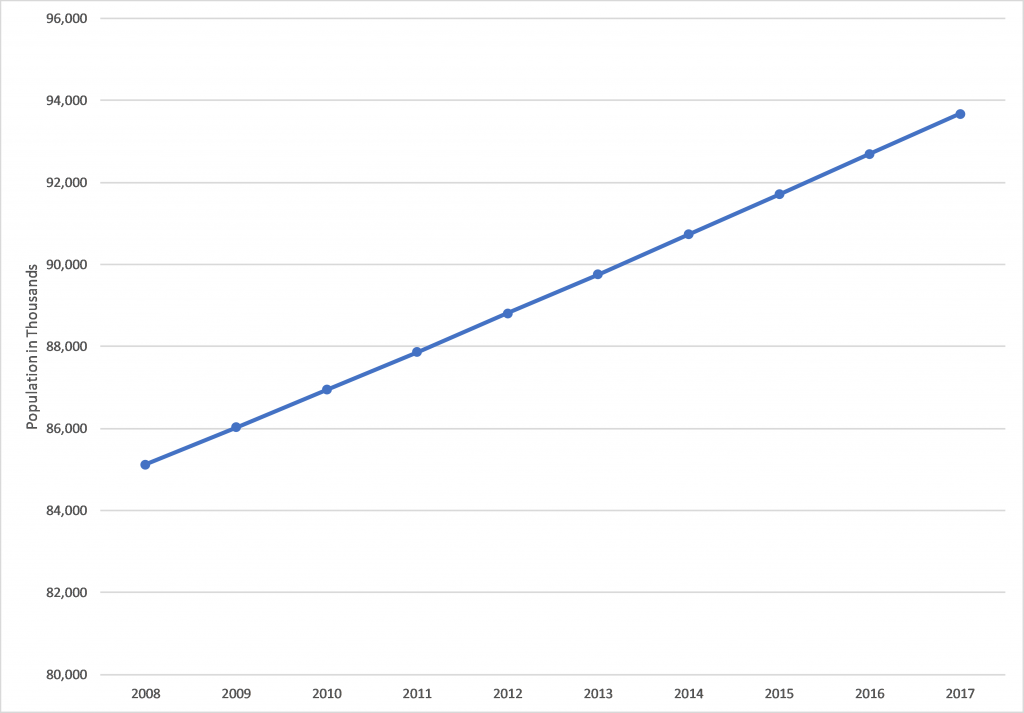 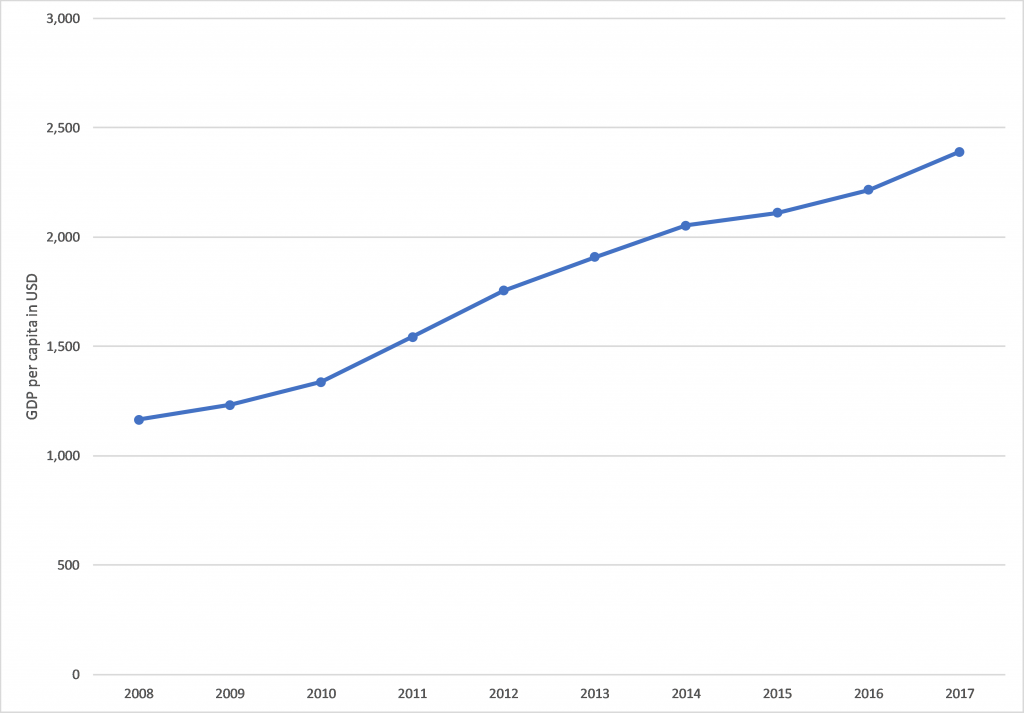 Oil and coal are the main consumer of the TFEC followed by traditional biomass and electricity. Each type of energy sources are in an increment trend since 2006, and hence the TFEC.

With domestic resources, by 2030 Viet Nam will reduce GHG emissions by 9% compared to BAU, in which forest cover will increase to the level of 42-42.5%.

The above-mentioned 9% contribution could be increased to 27% if international support is received through bilateral and multilateral cooperation, as well as through the implementation of new mechanisms under the Global Climate Agreement. 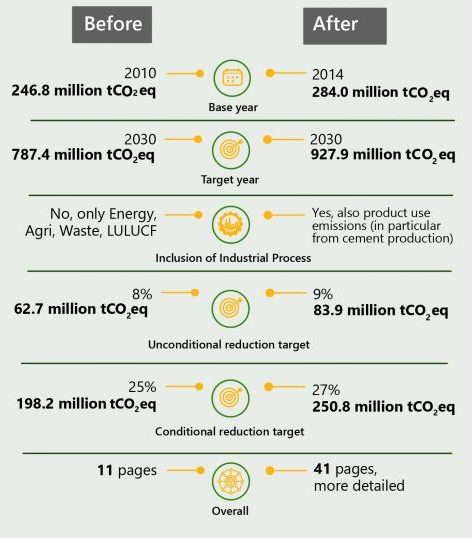