It consists of two main territories: Peninsular Malaysia (mainland) and Malaysian Borneo (island),
with population counted over 32.4 million as of August 2018, representing the 5% of total ASEAN population.
It is also the 3rd wealthiest country in ASEAN in terms of GDP per capita.
Gas and oil become the dominant of TPES. while oil products are the largest consumers in TFEC.

Malaysia consists of two main territories: Peninsular Malaysia (mainland) and Malaysian Borneo (island), separated by the South China Sea. As of August 2018 (Q2), its population counted over 32.4 million[1]. Malaysia is recognized as a newly industrialized market economy, that underwent a transformation from mining and agricultural-based economy toward multi-sector economy in the 1970s. Currently, Malaysia is an oil and gas exporter and 40% of the government revenues come directly from this sector. According to the Department of Statistics Malaysia in 2017, the GDP of Malaysia reached USD 327 billion, placing the country as the third largest economy in the ASEAN after Indonesia and Thailand. Moreover, in terms of GDP per capita, with USD 10,092, Malaysia ranks 3rd among the Southeast Asian countries, after Singapore and Brunei Darussalam. Kuala Lumpur is the capital city located on the mainland.

Malaysia’s population is 6th largest in ASEAN, representing the 5% of total ASEAN population. The population has been gradually increasing from 27 million in 2008 to 32 million in 2017. The annual population growth has also shown a similar trend, whereby the range of the growth rate is from 1% to 2.5%. Furthermore, Malaysia is the 3rd wealthiest country in ASEAN with the Gross Domestic Products (GDP) per capita of 9,899 USD in 2017. 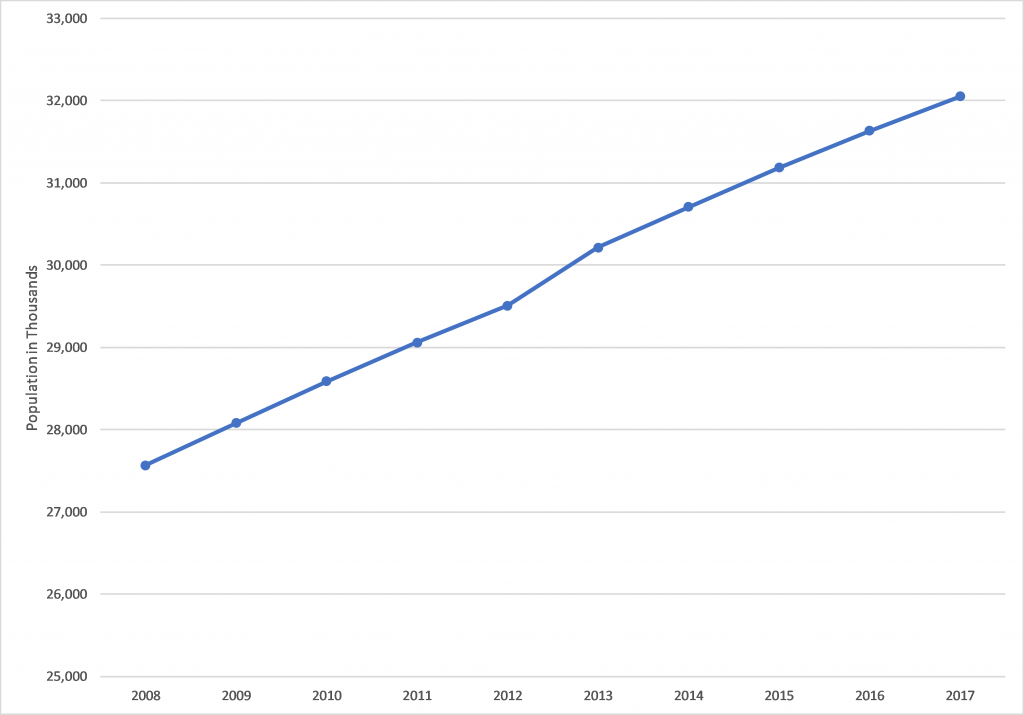 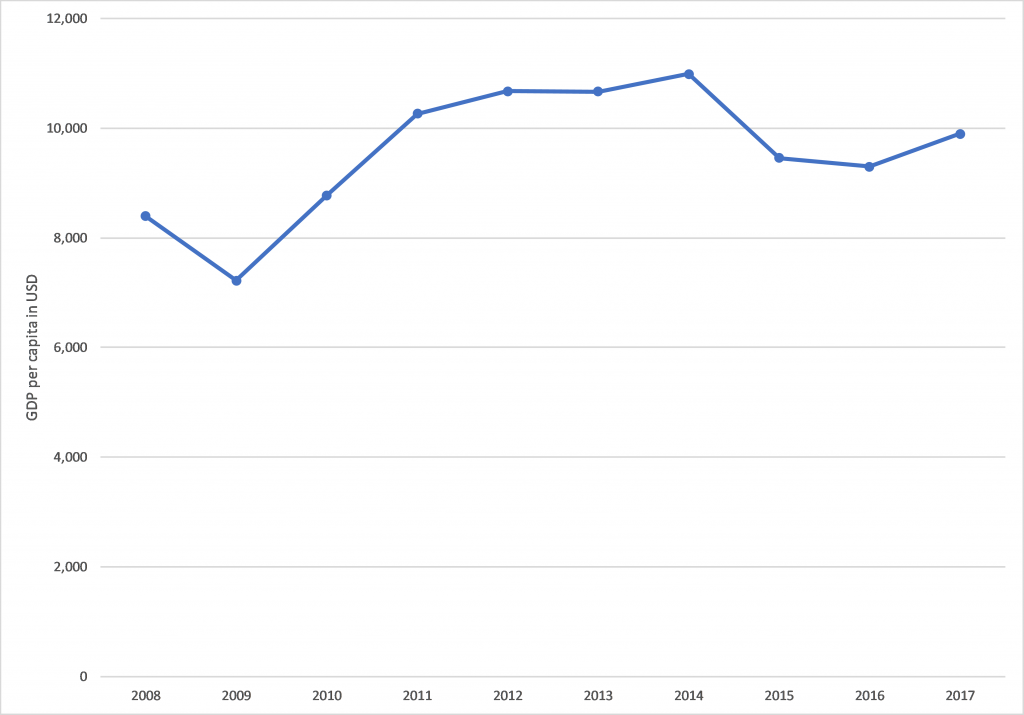 Oil products are the largest consumers in TFEC, and it has been increasing gradually since 2000, mainly due to high demand from the transport sector. Whereas, electricity is the second large consumer of the end users.

Source : UNFCCC NDC Registry – Malaysia
Powered By :
AEDS
DOWNLOAD PDF
Malaysia intends to reduce its greenhouse gas (GHG) emissions intensity of GDP by 45% by 2030 relative to the emissions intensity of GDP in 2005. This consist of 35% on an unconditional basis and a further 10% is condition upon receipt of climate finance, technology transfer and capacity building from developed countries.