The Impact of COVID-19 on Energy and Climate Change in ASEAN: ACE Survey

By Beni Suryadi and Rika Safrina

“COVID-19 is affecting fossil fuels the most, but renewable energy is also considered to be hit. A positive temporary effect on the climate must be used to mainstream the information about climate change mitigation into the society, to infuse a more sustainable economy and environment-friendly activities into our daily lives.”

In just about a month since the World Health Organization (WHO) declared COVID-19 a pandemic on March 11, the cases of the coronavirus illness have surpassed two million, spreading rapidly to more than 200 countries and territories around the world. Countries in Southeast Asia region are inevitably impacted by this crisis; all 10 ASEAN Member States (AMS) have been experiencing growing confirmed case. It does not only present challenges towards public health but also disrupts other sectors, including energy and climate change.

The ASEAN Climate Change and Energy Project (ACCEPT) of the ASEAN Centre for Energy (ACE) was particularly interested in finding COVID-19 impact on energy and climate nexus in ASEAN region. In the midst of this outbreak, we are curious as to how the situation would play out in terms of energy and climate from public perspectives. Therefore, a short online survey on “The Impact of COVID-19 on Energy and Climate Change in ASEAN” was conducted from 17 to 31 March, inviting general respondents from all backgrounds (snowball sampling), hence a widen general perception concerning the energy and climate change.

A total number of 401 respondents from 25 different countries participated in our survey. The majority are from the AMS, with some others are from several nations in Asia, Australia and Europe. As expected, the respondents’ background varies in terms of their industry. The 3 major groups are the business sector which accounts for 29%, followed by 18% of academia and 18% of the government.

The survey finds that 57% of respondents felt that the COVID-19 situation is very serious in their country, while 39% thought that the pandemic is “somewhat serious” (see Figure 1). The only “not an issue” response was from Myanmar which is one of AMS with the lowest COVID-19 confirmed cases so far. However, considering many circumstances that lead to inaccurately portray the exact number of confirmed cases such as the lack of testing kit and procedures, Myanmar may raise their concern in the coming future. 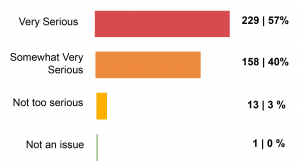 Figure 1: How Serious COVID-19 in Your Country?

When being asked about how serious the impact of COVID-19 in energy and climate change both in their own country and in ASEAN, the majority of respondents say “somewhat serious” and “very serious”. The same patterns are recognised between the two, with the “very serious” answer is slightly higher in the ASEAN region than in own country (see Figure 2). 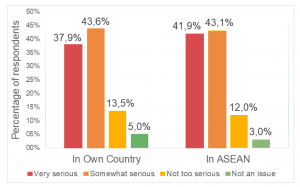 Figure 2: Homegrown or ASEAN, the impact of COVID-19 on energy and climate is equally egregious

Based on the 2017 and 2018 data of ASEAN Energy Database System (AEDS), Industry and transportation sectors are estimated as the two most energy-intensive consumers in the region, with each having a share of around 32% of the ASEAN total final energy consumption in 2019. Interestingly, the finding from the survey about the impact of the outbreak on sectoral energy consumption is in-line with this (see Figure 3). Whereby, most of the respondents thought that Transportation (32%) and Industry (32%) sectors have the largest estimated level of COVID-19 impact among other sectors, followed by Commercial (21%). 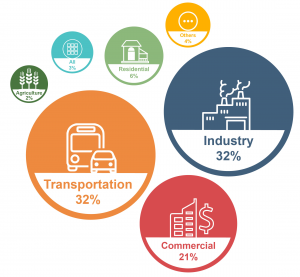 Figure 3: Industry and transportation are the two most energy-intensive sectors, and the most impacted

It is no surprise that transportation has been the most impacted sector, especially because of travel restrictions happening in several countries to mitigate the spread of the virus. For instance, Singapore Airlines has reduced over 90% of its capacity, including its offshoots, SilkAir and Scoot fleets. Furthermore, seeing Jakarta as the hardest hit of COVID-19 city in Indonesia, the local authority has limited the number of passengers and operational hours of public transports during its Large-Scale Social Restrictions (PSBB) period to contain the virus.

Another result in our finding shows that 3% of the respondents pointed out all sectors as jointly infected as they are connected between one another and involving human interaction. Malaysia is one of the AMS that already acted quickly to support the impacted energy sectors. All electricity consumers in Malaysia are given discounted bills from April to September, and Indonesia’s President Joko Widodo has announced that the poorest households will receive free electricity and discounts to help them cope with the economic shocks caused by the COVID-19 pandemic.

Although we can see almost the same portion among several sectors from the above results, we find a large gap in impacts by energy type (see Figure 4). The majority, 68%, assumed that COVID-19 is affecting fossil fuels the most. With airlines continue reducing their flights, jet fuel demand is dropped significantly, thus disrupting the oil prices. One correspondent argued that “the crude oils used for transportation and power generation are affected as their percentage is the largest of all types, whereas the power generation made from renewable energy (RE) keeps on-going even though the installations are halted because it involves less human interaction”. The global oil prices have plunged by about 50% to below $26 per barrel, the lowest since 2002, resulting in energy companies failed to reach their sales target. 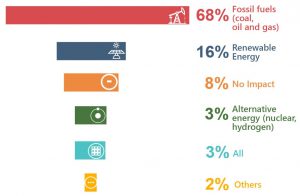 Figure 4: Fossil fuels get impact most, but RE is not immune either

RE source is also considered to be hit by the COVID-19 according to 16% of the respondents. China plays an important role in green energy projects globally since Chinese companies are leading in supplying the components of solar and wind farms. When the production and shipping were stopped because of the outbreak in China, many projects were delayed, and hence slowing down the RE industry. In Myanmar, for example, five power plant projects were expected to delay since the lockdown in China forced shipping of equipment and materials to be stopped and traveling of experts from China to be banned. Therefore, some experts thought that the global pandemic is slowing down the energy transition from fossil fuels to renewable and alternative energy across AMS due to the disruption in renewable infrastructures and the oil price collapse. This will surely impact the AMS in achieving their aspirational target of RE shares in the energy mix.

Meanwhile, a mere 8% of correspondents said that the disease has no impact whatsoever towards any type of energy, and 3% chose all types of energy because of the global economy and security effect.

The last question in the survey is perhaps the most exciting one because there is a wide range of diverse answers. However, we are able to categorise those varied comments about the biggest impact of COVID-19 on climate into 3 main groups: fewer emissions, more emissions, and neglected climate change focus. A total of 58% of those polled agreed that human activities during COVID-19 produce less emission due to the reduction of energy demand from transportation, manufacturing, and commercial buildings (see Figure 5). Images captured from the satellite showed that air pollution in Asia and Europe has dropped drastically since February 2020, including 40% in Italy, compared to the same period last year.

Jakarta air quality index (AQI), which was ranked as the most polluted city in ASEAN (World Air Report, 2019), has fallen from unhealthy to moderate, compared to the AQI in the usual weekday afternoons, according to live AirVisual data in the last couple of weeks. Another large capital city in ASEAN, Manila, reported its air pollution has dropped up to 74% after they started implementing Enhanced Community Quarantine (ECQ) in the greater Luzon area. Even if this positive impact on the environment is evidenced, it is still considered as a short-term impact and is not something to celebrate. Clearer skies may not last long, but this might be the good momentum for us to actually realise that the sustainability of our environment depends on our behaviours and to keep being environmentally conscious even after this outbreak is over.

On the other hand, several contra-feedbacks are also seen in the survey, with 7% answering that COVID-19 will stimulate more greenhouse gas (GHG) emissions to the atmosphere. It is partly because of the usual activities in centralised city centres are merely shifted to the residential areas, thus the increasing demand for household electricity will increase GHG emissions, if the main sources of the power sector are not from RE. The other reason is related to the price reduction of crude oils and liquefied natural gas (LNG). With abundant supplies and cheaper price, there is a possibility that more fossil fuels are being purchased, which will contribute to more atmospheric emissions to the environment. Thailand believes that the pandemic would not stop its commitment to becoming a regional spot for LNG.

While only 2% of the respondents thought that COVID-19 has no impact whatsoever to the climate, 32% believed that climate emergencies have somewhat become neglected because of this sudden pandemic. Although short-term emission reduction is currently observed in several parts of the world, it is expected that a rebound effect might happen once the pandemic is over, producing even more pollution than before the pandemic. The recent satellite video over China shows that the nitrogen dioxide levels have begun to rise back in March.

Another respondent’s view highlighted the increase of single-use plastics and degradable materials in the household during physical distancing, which eventually will lead to more waste being generated. The overlooked environment disaster includes biodiversity loss, intense energy and economic inequalities and raising concern on climate change security between and within countries in ASEAN. Climate change issues should not be neglected for too long because AMS are among the vulnerable countries at risk of climate disaster. 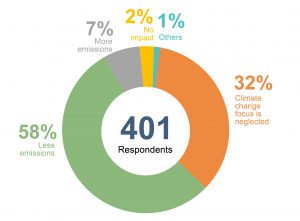 Figure 5: Less emissions as economic slowdown, but somehow the public feel that our focus on climate change is also neglected

From this public opinion, we can see that there are indeed obvious implications to the energy and environment sectors resulted from this pandemic. Identifying the short-term, near-term, and long-term aftermaths are necessary to mitigate the undesirable effects. The majority of respondents thought that COVID-19 is affecting almost every sector, especially transportation and industry, with fossil fuels and renewable energy as the energy sources impacted the hardest. Furthermore, most people perceived a positive temporary effect on the climate as a consequence of lower economic activities. However, it is important to somehow maintain the low-emission activities when everything is back to normalcy later. We could use this moment to mainstream the information about climate change mitigation into the society, to infuse a more sustainable economy and environment-friendly activities in our daily lives. Regardless external pressure like the current pandemic, human needs the earth more than the earth needs us. We, indeed, should appreciate what the earth has been giving us and in return should protect the environment, and thus combating climate change.

ACE as an intergovernmental organisation in ASEAN that is working on all energy sectors, including energy-climate change nexus, stands ready to support the region, hand in hand with AMS to achieve its aspirational goals on sustainable energy. Please access https://accept.aseanenergy.org/covid-19/ to get various information and analysis on the energy and climate change in ASEAN in related to COVID-19.