Heading Towards the Final Stage of “The 6th ASEAN Energy Outlook”

The development of the 6th ASEAN Energy Outlook is now approaching the final stage. As per the plan, ASEAN Centre for Energy (ACE) conducted country visit meetings to discuss the model that has been developed. The purpose of the meeting is to show the preliminary result of the AEO6 on Business as Usual (BAU) scenario and ASEAN Country Target Scenario (ATS).

ACE also discussed another scenario on the ASEAN Plan of Action on Energy Cooperation (APAEC) scenario, as a regional effort in order to achieve the aspirational target of Renewable Energy 23% shares and 30% energy intensity reduction by 2025 compared to the 2005 level in Total Primary Energy Supply (TPES), and correspondingly following the global trend to consider clean cooking and electricity access in Sustainable Development Goals (SDGs) scenario. Besides that, ACE additionally talks about the sources of data that are used during the development of the model and the way forward of the development of the AEO6.

Represented by the modelling team that consists of the research analyst from ASEAN Climate Change of Energy Project (ACCEPT), Mr Muhammad Rizki Kresnawan, the energy statistician of Policy Research and Analytics (PRA) of ACE, Ms Iqlima Fuqoha, and also two members of ASEAN-Germany Energy Programme (AGEP), the technical officer, Mr Sandy Fajrian, and Dr Tharinya Supasa, Senior Energy Analyst (Lead Modeller), the visit started from Myanmar, continue to the Philippines and Vietnam, then to Thailand and Brunei Darussalam, Lao PDR and Cambodia afterwards, and ended with Singapore and Malaysia. The meetings attended by energy modellers, statisticians, as well as policymakers from each ASEAN Member States (AMS). 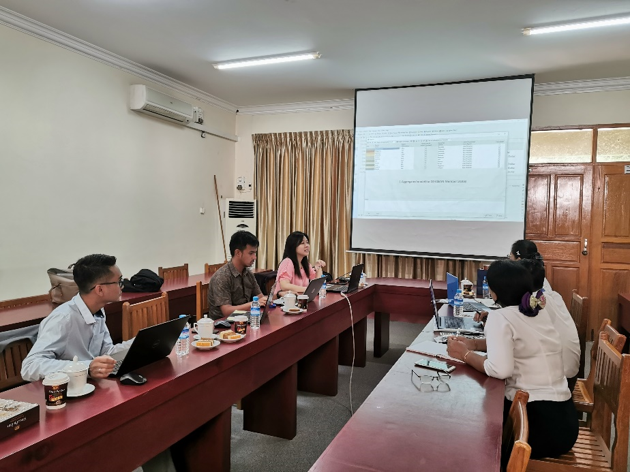 Meeting Attended by Modelling Team from Each AMS

Using Long-range Energy Alternative Planning (LEAP) software — a widely used software tool for analysis of energy policy and mitigation of climate change –, the modelling team shows the impacts of the current condition of the country under the BAU scenario and also stated national policy under ATS scenario to the emitted emissions that produced, either in demand-side or from the supply-side.

AMS concurs on some of these preliminary results will need more extra effort to reduce the emission that caused climate change. So the APAEC and SDG scenarios will incorporate those initiatives. The received feedback will be adopted tentatively in January 2020 at the 3rd working meeting on finalization.

Even though there are still some sweats needed, but the dialogue shows the positive feedbacks from AMS, who want the best for AEO6 as a representation of the work of the whole AMS not only ACE as the institution. It is from AMS and own by AMS. 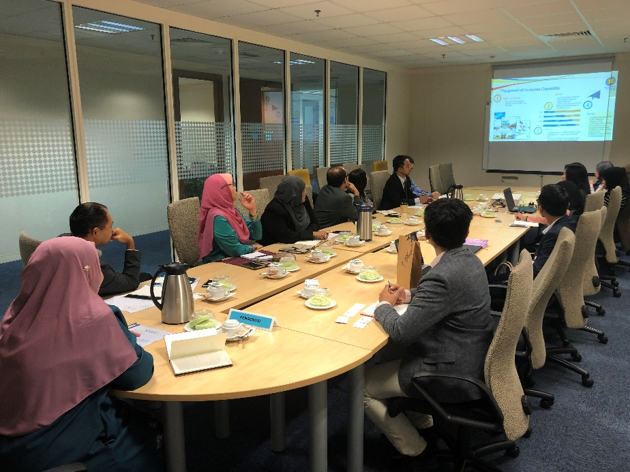 The 3rd finalization meeting itself planned to engage the participation from the high-level policymakers from the energy sector of each AMS and the seven (7) chairs of ASEAN Energy Sub-sector Networks (SSN) and Specialised Energy Bodies (SEB).

This meeting will show the final result of all scenarios of AEO6 and will seek approval from the participants to proceeds with the reporting works before its launching day at the 38th ASEAN Minister on Energy Meeting (AMEM), September 2020, in Vietnam.