ASEAN is an economic tiger on the rise. Being the 3rd largest economy in Asia and 5th largest economy in the world, ASEAN as a region is gearing up to enhance the living standard of its over 650 million inhabitants. The region experienced tremendous GDP expansion of 450% from 2000 to 2017, and attracted US$154.7 billion of foreign direct investment (FDI) inf lows in 2018, according to statistics from the ASEAN Secretariat and the International Monetary Fund (IMF), respectively. The region could maintain this growth and increase productivity with the support of the energy sector which is expanding continuously.

According to the ASEAN Centre for Energy (ACE), ASEAN member states’ energy demand reached 417.3 Mtoe in 2017, an increase of 24.7% compared to 2010. The dominant sectors for energy consumption are industry, transport, and commercial activities. It is expected that this energy demand will continue to grow by 2.4 times by 2040, which ref lects the urbanisation trend and the shift from agrarian to more industrialised economies in ASEAN. With regard to energy supply, ASEAN’s energy mix in 2017 was still dominated by conventional fuels, namely oil (38.2%), gas (23.2%), and coal (22.3%). The share of renewable energy, despite its moderate growth over time, remained modest at 14.3%.

While the share of oil in the mix has shown a declining trend, coal is becoming more predominant. This often puts ASEAN under the global spotlight regarding its over-reliance on coal. ASEAN is currently the region with the fastest growing demand for coal in the world. Indonesia, Malaysia, Thailand, the Philippines, and Vietnam – the top five energy giants within ASEAN – account for more than 90% of the region’s energy share. As regards electricity generation, the share of gas and coal still prevailed at approximately 68.1% out of ASEAN’s total installed capacity of 235.4 GW in 2017, while hydropower came third with the installed capacity of 46 GW.

The ASEAN energy scene is faced with many challenges. First, it is an uphill task to ensure sufficient energy supply to meet the rapidly increasing demands of the region’s growing populations and economies. ASEAN member states tend to over-rely on their abundant reserves of some energy resources, hence overlooking the importance of diversifying energy sources to ensure energy security. For instance, mainland Southeast Asian countries such as Laos, Cambodia, and Myanmar have been too reliant on hydropower development from the Mekong River, while Indonesia and Vietnam as coal-rich countries massively depend on coal for electricity generation. Such overdependence had not been perceived as a serious problem until very recently. As devastating environmental and climate change impacts such as prolonged droughts and severe air pollution strike the region with increased frequency and intensity, the urgency to start diversifying the energy mix from various resources has increased. 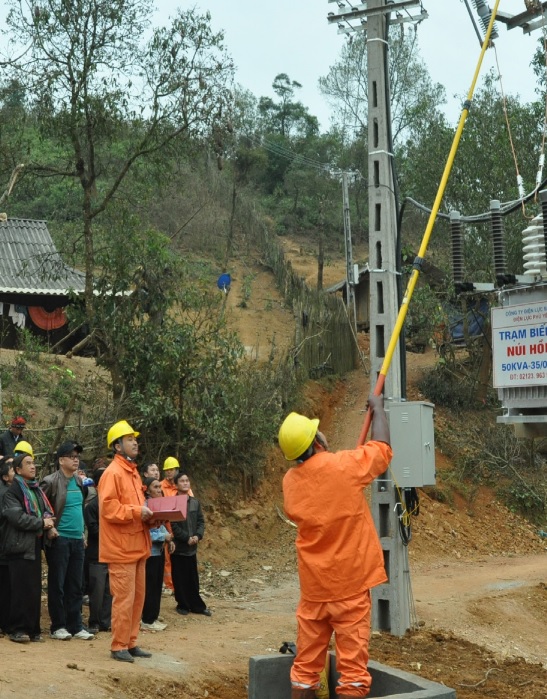 Second, energy accessibility may create another stumbling block to further regional economic growth. Even with the impressive achievement of several ASEAN member states like Indonesia and Vietnam in advancing their electrification ratios in the last decade, the expansion of electricity access remains a challenge, especially in ASEAN’s rural communities. It is estimated that around 70 million people in the region are without access to 11 — ISSUE 5/2019electricity. Extending energy access to all is a multi-layered challenge for ASEAN, given the different and diverse geographical characteristics of its member states. Indonesia and the Philippines as archipelagic countries certainly encounter far more obstacles to reach their thousands of islands and rural communities, and the possibility of utilising multilateral power interconnections from neighbouring countries is limited.

Providing affordable energy adds another obstacle, which manifests itself in different sets of challenges. For example, electricity prices in Cambodia, Singapore, and the Philippines are the highest in ASEAN, which has a negative impact on their economic activities. In other member states like Indonesia, ensuring the affordability of energy through fuel subsidy has created a dilemma for the government. Inefficient and unwise subsidy allocation can either burden the country’s budget or set an unfair playing field for renewable energy to compete with the conventional fuels.

Increasing concerns over sustainability have also put pressure on ASEAN’s energy sector to start incorporating climate change effects and environmental impacts in energy generation. ASEAN member states are vulnerable to climate-disaster risks. Higher sea-level rise causing f loods and severe typhoons, as well as prolonged droughts and forest fires, have cost ASEAN dearly in terms of both economic losses and human casualties. As all 10 ASEAN member states have pledged their climate commitments through the National Determined Contributions (NDCs) under the Paris Agreement, the energy sector in ASEAN needs to accelerate decarbonisation by transitioning to greener and cleaner options. As a start, ASEAN should pursue a concrete collaborative effort to minimise the environmental effect and establish a standard monitoring mechanism of emissions from the energy sector. It is therefore very timely for ASEAN to step up the joint efforts in addressing the four main agendas of Security, Accessibility, Affordability, and Sustainability under the guidance of the ASEAN Plan of Action on Energy Cooperation (APAEC) 2016-2025 as a blueprint. The APAEC has set the ambitious target of increasing the share of renewable energy to 23% in ASEAN’s energy mix and reducing the energy intensity by 30% from the 2005 level by 2025. Achieving these targets should be a priority agenda of the region’s energy sector.

The recent 37th ASEAN Ministers on Energy Meeting in Bangkok in September emphasised the importance of enhancing partnerships and innovations towards sustainable development and energy security. In this connection, establishing a strong multilateral power trading network through the ASEAN Power Grid (APG) is one of the future milestones that ASEAN aims to achieve. Well-established power interconnections within ASEAN, together with a massive penetration of renewable energy, would offer a silver bullet to tackle the four issues of security, accessibility, affordability and sustainability all at once. In 2019, ASEAN has also embarked on a regional initiative on the energy-climate change nexus which aims to improve the coherence between energy and climate policies in ASEAN, and contribute to more climate-friendly development in the energy sector.

Despite the region’s reliance on fossil fuels in the present and immediate future, the energy landscape in ASEAN will move towards transition, accelerated by technological innovations. Large-scale installations of solar and wind power have started in Thailand, Vietnam, Malaysia, and the Philippines. They are expected to scale up across the region in the near future if conducive government policies and investment frameworks are in place, combined with cost plunges in generating renewable energy. Innovative technologies, together with supportive policies by ASEAN member governments, are also driving a cleaner transformation in the transport sector as increasing intake of electric vehicles (EV) and higher utilisation of domestic biodiesel are likely to happen soon at different rates in the region.

In addition, blockchain and digitalisation will provide potential platforms to accommodate energy disruptions and enable more efficient energy systems, allowing the region to create more reliable interconnectivity networks. These technologies are also shifting the paradigm of the energy market as they allow energy decentralisation and greater participation of communities in energy trading. New technology trends are expected to bring about systemic changes to the current energy scene, which would encourage ASEAN and its member states to adopt f lexible and forward-looking energy policies that can adapt to and ride upon disruptions. ASEAN should soon join the front-runners in climate action to prove that pursuing growth while decarbonising the economy is possible, and advance partnerships with the global community to ensure sustainability for present and future generations.

Mr. Beni Suryadi is Manager of Policy Research and Analytics (PRA) Programme at the ASEAN Centre for Energy (ACE) based in Jakarta.

This Op-Ed originally appeared in the ASEAN Focus, October 2019.